Last weekend a friend and I met up for our yearly get together. It’s a tradition, the two of us meeting somewhere where we sit, discuss, and have a few beers. Over the past few years we’ve issued challenges. Have a chapter, short story, novel, whatever written for the meet. Last year’s challenge turned into “Frank Winston.” The year before that was the accomplishment of “The Price of Favors,” a novel I’m currently having beta read, and maybe self publish sometime in the future. This past weekend there were no challenges laid down. We had mentioned it as the weeks led up to our weekend, but nothing. Instead we found ourselves sitting across from each other Saturday night writing on the laptops in front of us. We didn’t have a theme, or a single writing prompt though I tried to find some sort of inspiration through a title generator. Instead we each came up with our own ideas and set out to write what we had in mind.

This is what I created.

A Random Act of Kindness

“Do you have the time,” asked the woman.

“OK,” she said with a smile. “That’s what I thought. Sorry, I didn’t mean to bother your lunch, but I never seem to have a watch.”

“Not a problem,” I said. The food was almost gone, just a few french fries left on the plate with a glob of ketchup smearing one corner. The woman continued to stand there, staring at me. “Do you need something else?”

“No,” she said. Her hair was a light brown and could possibly claim she was dirty blonde. Her face was slender but healthy looking, and she seemed to be around my age, maybe a little younger. I continued to stare at her, waiting for her to say something else, and was about to get annoyed with her lingering when she spoke up. “Do you mind if I sit with you?”

I looked around the restaurant, hoping to find another booth or place for her to sit so I could point out there were plenty of places she could go. Eating alone was part of my daily routine. Leave work at 12, hop in the car, drive in a general direction where the choices of food were varied and plentiful, pick a place, eat, then go back to work. Unfortunately, I wasn’t seeing any place I could direct her to go, except the bar.

“I know I’m kind of interrupting you here,” said the woman, “but you look like you’re almost done, and it’s just me, and I don’t know. I thought I’d ask instead of waiting for you or someone to finally leave.”

I stared at her, then thought why not. “Sure,” I said extending my hand in the direction of the open seat of the booth. As she slid in, the waitress brought my check, asked if the lady would need a menu and took her drink order.

“OK,” replied the waitress. “I’ll be back in a moment,” and walked away.

“Nash,” I said, taking her hand. Her grip was firm but feminine, and her hands seemed ice cold.

“Well, it’s actually Jay,” I said. “But most people call me by my last name.”

“No, just what people call me.”

“Whichever you prefer,” I said as I reached for the check holder.

“I mean you were nice enough to let me sit down,” she said. Her smirk, I noticed, seemed to have a slight affect on me. It was nice to look at, and at that moment I wondered what it was like to make her really smile and laugh.

“You want to pay for my food?”

“I’m not sure if I’ve ever received any of those.”

“Well then, consider yourself lucky,” she replied.

“I don’t know. It seemed like the right thing to do. I do it from time to time, you know, and try to make someone’s day a little better.”

“Oh sure,” she said. “I remember one time I was in a drive thru line waiting to get to the window and the person in front of me paid for my meal and asked the person at the window to give me a slip of paper. It said it was time for them to do what I’m doing, a random act of kindness, and for me to have a good day. That’s where I got the idea that I should do that from time to time.”

“No buts,” she interrupted. “Consider your meal taken care of.”

I picked up a fry and began to swirl it in the ketchup contemplating her proposal. I was about to object again when she reached across the table, picked up the check holder and placed on the seat beside her.

“There,” she said with that smile on her face I was beginning to enjoy, “no more worries about that.”

The boldness of this woman, Anna with the smile. It flashed across my mind to be upset, but the smile kept me from arguing with her further.

“A burger,” I said. As I said it I could hear the slight annoyance in my voice, but cleared my throat as an excuse to make it sound like I wasn’t.

“Not bad,” I said. There was a silence between us. I ate another fry and felt a little awkward about this person sitting across from me. The waitress came and set down a cup of ice water in front of her then returned to wherever waitresses go to do whatever waitresses do.

“Right,” she said, “but what if you knew it was your last meal? Like if you were on death row and about to be executed, would that be your request for a last meal?”

“I’m not sure if I would have much of an appetite, honestly,” I said.

“Very true, I know it’s an odd question, but…” she said, letting her words trail off as she looked outside the window of the booth. I glanced outside trying to see whatever it was she was searching for, only to find a parking lot full of cars, and nothing of real interest.

I ate another fry after dipping it in ketchup. The awkwardness of sitting across from her was starting to get to me. I was contemplating how I could thank her for picking up the check. How I could make an escape without seeming like an ungrateful asshole even though it was she who had interrupted me.

“You don’t have to go, you know.” There was an air of sadness in her eyes as she said this which made me pause. I was about to start my awkward shuffle out of the booth. Thank her for her act of kindness and make my exit as best as I could. Yet, it also made me want to leave right then and there. That the woman sitting across from me is some sort of lonely person who latches on to people, only to turn out to be some sort of crazy, clingy, psychopath. Someone who doesn’t get the message you want to be left alone until she finds some other poor soul to latch onto.

“Well, I do have to get back to work,” I said. This seemed like the best excuse since it was also true.

OK, I thought, she’s definitely one of the crazy ones. Let’s get out of here.

“I’m not trying to come off crazy,” she said. Of course she would say that.

“Just stay a little while longer. What’s the worst thing that could happen if you show up to work from lunch just two or three minutes late?”

She did have a point, but the creepiness vibes were getting to me. And I decided this was my chance to go.

“I appreciate the thought, but I do need to go,” I said. I extended my hand across the table to shake her hand, which she took in hers but seemed to have warmed in the short time since they first touched. “Thank you for buying my lunch.”

“It was no problem,” she said. That smile flashed across her face again, but the eyes still looked sad. “I’d like you to stay, just a little bit longer if you could.”

“Well thank you, but I really must go,” I said.

“I understand,” she said. It wasn’t harsh, or disappointed, or anything really in the way she said it, but it made me feel bad to leave this woman even though I had no real reason to stay.

The waitress brought the plate of food to Anna as she watched Jay leave the restaurant, get into his car and give a last wave to her as he backed out of the parking space. She waved back with a disappointed look on her face.

“He wouldn’t stay?” said the waitress.

“Oh well,” said the waitress. “It’s hard doing what you do. Giving people a chance like that and they never see what you’re actually giving them.”

“It has its moments,” said Anna. “I just wish I could tell them the real reason they’re meeting me, but that’s not part of the rules.”

“I know sweetie,” said the waitress. “Let me know if you need anything else.”

Anna nodded at the girl and watched her go off to do whatever it was waitresses had to go do. She turned her attention back out the window to watch Jay’s car exit the parking lot as another car crashed into the driver’s side of his vehicle. People in the restaurant yelped and gasped and made comments anyone would make after seeing such an accident, except for Anna. She picked up her sandwich, took a bite, and looked across the table as Jay sat there confused.

“I told you you should have stayed,” she said.

Pick Up a Copy 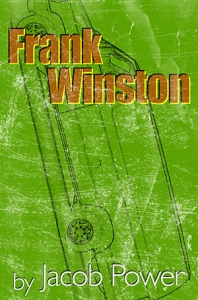 There's nothing like grumpy old men in the mob. Click above to check it out on Amazon.